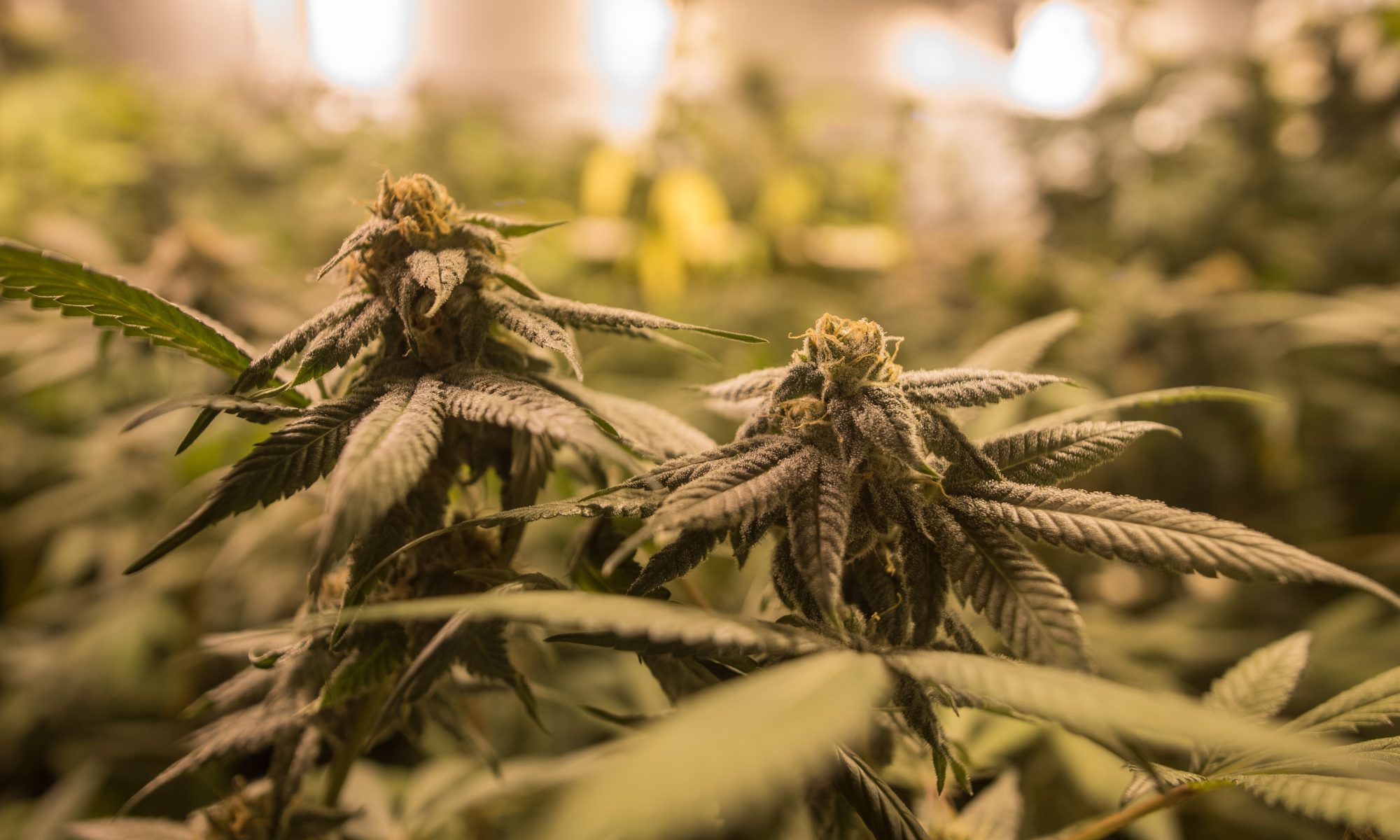 Cannabis is categorised as a Class B drug in the UK, making it illegal to sell, possess or give away. It’s in the same category as amphetamines and barbiturates, making the potential penalty for possessing or selling cannabis more serious than those for Class C drugs, such as GHB or ketamine. The history of the criminalisation of cannabis in the UK goes back almost a century, although there have been changes to legislation over the years. The reasons for the illegality of cannabis possession involve various political and social issues, but there have been efforts to reverse the ban for many years. Let’s take a look at how and why cannabis became illegal in the UK and what people are trying to do to change it.

The History of the Criminalisation of Cannabis

The Western world convinced others that cannabis posed a threat to society and could even be as dangerous as opium. Before this, marijuana was often used medicinally, and it was even prescribed to Queen Victoria. As a result of agreements made at the convention, in 1928 an addendum was added to the Dangerous Drugs Act 1920, which made drug addiction a penal offense.

While that might explain how the legislation came about, the idea that so many people were easily convinced by one person of the evils of cannabis might not be so easy to swallow. There are various theories about the social and political issues that underpin the criminalisation of cannabis, one of which is that the changes to attitudes in the UK and the US were related to race. It certainly wouldn’t be the first or the last time drug legislation was influenced by attitudes towards immigrants or people of colour. From the connection between opium and Chinese immigrant populations and the issues surrounding sentencing disparity for black Americans found in possession of crack cocaine from the 1980s, it’s often easy to see links between race/ethnicity and drug legislation.

The theory concerning race suggests that, at least in the US, the use of cannabis was used to denigrate immigrant populations and black people. There is even some suggestion that American legislators began to use the word marijuana, instead of cannabis, in order to indicate Spanish-speaking populations.

Although cannabis was an issue that occasionally arose between the world wars, it wasn’t until the 1950s and 1960s that arrests in relation to cannabis began to rise. In 1960, there were 235 arrests in relation to cannabis, which had risen to 4,683 by the end of the ’60s. Although the use of cannabis began to rise during the 1950s when migrants from the Caribbean started to arrive in the UK, most arrests made were white, middle-class young adults.

In 1968, the Home Office conducted an investigation into the effects of cannabis. The Wootton Report came to the conclusion that,“There is no evidence that this activity is causing violent crime or aggression, anti-social behaviour, or is producing in otherwise normal people conditions of dependence or psychosis requiring medical treatment.” Despite this, there were no changes to legislation to make cannabis legal. In fact, cannabis was listed as a Class B drug in the United Kingdom when the Misuse of Drugs Act 1971 was passed. It was briefly categorised as a Class C drug between 2004 and 2009, before reverting to its previous classification.

Efforts to Legalise Cannabis in the UK

Over the years there have been various efforts and campaigns to make cannabis legal in the UK. There is particular interest in legalising cannabis for medicinal use, although many people also argue for complete decriminalisation of the drug. With cannabis being decriminalised in Canada and allowances in several states in the US, as well as several EU countries having relaxed laws, the UK could be edging closer to making some legislative changes. Many people who argue for cannabis to be made legal in the UK don’t suggest that it is a free-for-all, but that it could be regulated, like tobacco, alcohol and other legal drugs already are.

The largest and longest-established drugs reform group in the UK, CLEAR, has been arguing for an end to the prohibition of cannabis since 1999. It is a registered political party, which put forward a candidate in the Corby by-election in 2012. They also published a study in 2011 commissioned by the Independent Drug Monitoring Unit, which was presented at a House of Commons press conference. They meet with ministers and key stakeholders regularly, aiming to promote law reform and have made particular progress concerning the medical use of cannabis.

Their current campaigns include promoting a properly controlled cannabis industry, which would remove control from drug dealers on the street, as well as promoting awareness of synthetic cannabis or legal highs, which are often regarded as being potentially more dangerous than cannabis. They also run a panel of medicinal cannabis users, which aims to make cannabis available to patients through a prescription from a doctor. CLEAR also provides educational materials about cannabis and news and updates on cannabis relating to legislation and events in parliament.

In 2016, a report by the Adam Smith Institute concluded that cannabis legislation and its enforcement in the UK are embarrassing. The report suggests the legalising cannabis was the only solution to crime and addiction in the UK, and that the UK’s drug strategy as a whole fails to prevent the use or manufacture of drugs or to stop crime, corruption and death both in the UK and internationally. The report says that a legal cannabis market in the UK could be worth £6.8bn, and could lower criminal justice costs by eliminating the number of people in prison on offences relating to cannabis, which amounts to £50m a year.

A number of politicians from across various parties support the recommendations and the reasoning in the report, including former Home Secretary Jacqui Smith, the Green Party’s Caroline Lucas, Labour MP Paul Flynn, and Conservative MP Peter Lilley. However, other political figures, including those currently holding Cabinet positions, are strongly resistant to creating a legalised, regulated cannabis market. The current Parliamentary Under Secretary of State for Crime, Safeguarding and Vulnerability (as of March 2018), Victoria Atkins MP, is responsible for drugs, as well as a range of other issues. She appears to oppose drugs reform – although, interestingly, her husband is the managing director at British Sugar, who are cultivating cannabis in the UK for GW Pharmaceuticals.

Much of the campaigning for cannabis law reform in the UK is focused on medicinal use, although many people also want to eventually extend it further. Several high-profile cases have been in the news, putting real-life examples in front of politicians and the public to demonstrate how cannabis and its derivatives can help people with various conditions.

The official position on legalising cannabis varies between the main political parties. The Conservative Party supports current drug prohibition policies, while Labour is also opposed to reform, although Labour’s leader Jeremy Corbyn is in favour. The Green Party and Liberal Democrats want to decriminalise cannabis, and both the SNP and Plaid Cymru support medicinal use.

In addition to politicians within the main political parties supporting reform efforts, there are also a number of fringe parties that have attempted to elect MPs and even put forward candidates for the Mayor of London office. These include CLEAR Cannabis Law Reform (previously Reform Legalise Cannabis Alliance 1999-2006), and Cannabis Is Safer Than Alcohol. Other smaller political parties also support reform of drug laws, although they don’t necessarily make it the main focus of their campaigning.

A number of countries have very relaxed or non-existent legislation regarding the criminalisation of cannabis, including the Netherlands, Germany, and Portugal. With more countries beginning to consider reform, why hasn’t the UK taken action yet, and could they do so soon? Campaigners for reform blame misinformation and scaremongering for much of the resistance to reform in the UK.

Campaigners argue that cannabis is no more dangerous, and in fact, potentially safer than, alcohol, and both scientific studies and statistics often back up these claims. While some enthusiastic users of cannabis will downplay the potential downsides too much, it is largely recognised that they are not as extreme as others will suggest. Those who are resistant to drugs reform will often exaggerate the dangers of cannabis, much like in the 1920s when it was suggested that it was as bad as opium.

For example, one of the concerns that are often raised is the risk of psychosis induced by cannabis. While it is true that excessive cannabis use, in particular, can increase the risk of episodes of psychosis, the danger isn’t nearly as high as some people like to say it is. When asked by Charles Walker MP “…how many people under 18 years of age have been treated in NHS-funded mental health units for cannabis-induced psychosis in each of the last five years?”, Jane Ellison MP, a minister at the Department of Health, revealed that the number was just over 28 ‘finished admission episodes’ each year. This means that there were around 28 admissions each year, not necessarily that 28 separate people were admitted. While any number is tragic, it is a very small statistic that shows that cannabis-induced psychosis in teenagers is extremely rare.

Campaigners for drugs reform say that people who support the current system of criminalisation exaggerate and even lie about the negative effects of cannabis. They say that they use outdated research and don’t update their thinking by paying attention to more recent studies that show the medicinal benefits of cannabis and the low incidences of illness caused by cannabis.

Some experts feel that drug reform is unlikely under the current government, or at least under the current leadership. Leading neuropsychopharmacologist Professor David Nutt says that the law won’t change under Theresa May. He also points out that a clear link between schizophrenia and cannabis use is unlikely, considering use has risen while incidences of schizophrenia have gone down.

Some people also argue that the movement to decriminalise cannabis could be more organized and less fractured. Despite legitimate campaign groups such as CLEAR, there are also many cannabis users who prefer to indulge in conspiracy theories, rather than facts and statistics. They will often downplay any potential negative effects of cannabis, suggesting that there are absolutely no downsides to its use, and sometimes even making claims about unproven benefits. The president of CLEAR, Peter Reynolds, accuses some people who take part in events such as the annual “4/20” protest in Hyde Park, as preferring to be “outlaws” and not seriously wanting reform. However, Stuart Harper, the political liaison officer for UK Cannabis Social Clubs disagrees, saying the notion is “nonsense”.

Essentially, the primary reason that it could be a while before cannabis is legalised in the UK is that the Conservatives are extremely unlikely to make it a priority. As long as they are in Government, they will continue to resist even appeals for medicinal use related to individual cases. And while other political parties support legalisation with various levels of enthusiasm, they are unlikely to have the power to affect change anytime soon. The next largest party in the UK, Labour, doesn’t officially support decriminalisation either. Despite much of the scientific evidence and research such as the Adam Smith Institute report demonstrating that legalisation is the best way to go, many politicians are likely to continue to be resistant to the idea of reform. Some people felt that progress was being made a few years ago but that it has now stalled and it could still be a while before cannabis is made legal in any way.

Currently, one component of the Cannabis plant is legal in the UK as a food supplement. That is Cannabidol (CBD) which is available in the oil form to be consumed as a vaping oil and sublingual oil which can be put under the tongue to be consumed.