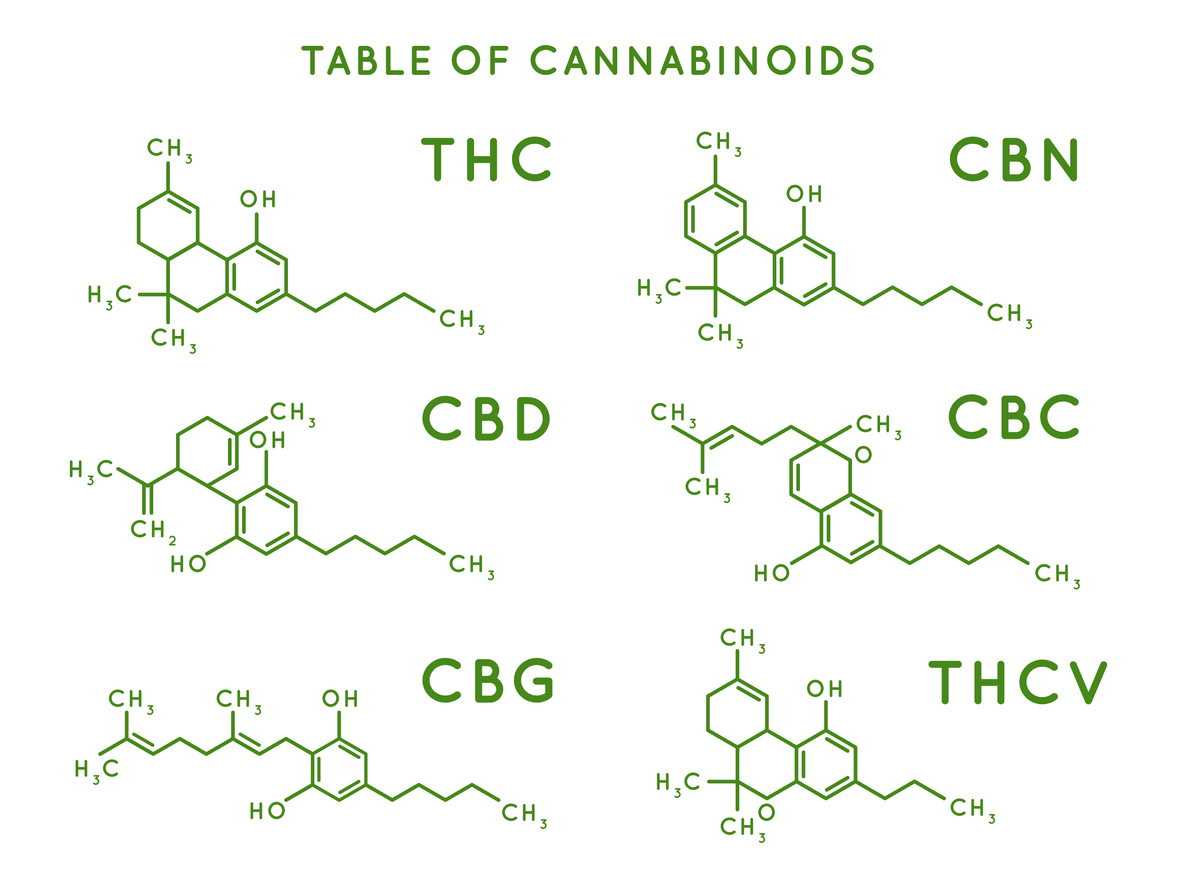 What are Cannabinoids, Terpenes and Flavonoids?

In your search for the very best CBD products, you may have come across some terminology that you’re not so familiar with. Words like ‘Cannabinoids’, ‘Flavonoids’ and ‘Terpenes’ may be a common sight as you delve through the variety of CBD oils and vape e-liquid available to you – but what do they mean and why do they matter? Let’s find out more.

The fundamental element of your CBD products is, of course, the CBD itself. Short for Cannabidiol, CBD is one of over a hundred cannabinoids found within the cannabis plant and its associated strains such as the industrial hemp that CBD products are sourced from.

Cannabinoids are essentially a collection of molecules that have the ability to interact with our endocannabinoid system (ECS). An essential biological system, the ECS is found in all mammals, birds, reptiles, amphibians, sea urchins, and mussels.

The ECS plays a pivotal role in maintaining and balancing our homeostasis, which is responsible for a variety of daily physiological processes. This includes anything from sleep and appetite, to our immune system, mood and memory.

HOW DOES CBD HELP THE ENDOCANNABINOID SYSTEM?

This extraordinary system is made up of two primary receptors, CB1 and CB2. These receptors are found throughout our nervous system, in our white blood cells and some of our organs such as our spleen, lungs and liver. Depending on the cannabinoid, our receptors respond accordingly and relay internal messages within your body.

Two of the most commonly occurring cannabinoids is the legal cannabinoid and the infamously illegal THC (tetrahydrocannabinol). Known for its’ psychoactive qualities, THC molecules, like many other cannabinoids, are thought to bind themselves directly to the CB1 receptors in the brain and interacts with our ECS on a psychoactive level. In contrast, rather than attach itself to receptors, CBD is thought to impact the receptors indirectly, acting as a signalling system for various physiological processes.

The specific relationships these cannabinoids establish within our ECS system and just how that may benefit our health is still in the early stages of study and discovery. While little conclusive evidence exists, an abundance of medical research yielding promising results for a number of ailments, conditions and diseases are beginning to come to the fore. From Crohn’s Disease and Parkinson’s to Alzheimer’s and Arthritis the list is ever-expanding and research ongoing.

Products such as Full Spectrum CBD Oil will contain extra cannabinoids derived from the hemp plant that include; THCV (Tetrahydrocannabivarin Acid), CBCVA (Cannabichromenic Acid) and CBL (Cannabicyclol). While it’s thought that individually these cannabinoids may not have too much of an effect on our ECS, it is thought that when combined an ‘entourage effect’ takes place, which provides a heightened experience for the user.

WHAT DO TERPENES DO IN CBD OIL?

An organic compound, Terpenes are what provide the sweet smelling fragrances and tastes you experience when you’re greeted with pretty much anything that grows. From the smell of trees as you walk through the forest, to the taste of citrus tones in your favourite craft beer – it’s all in the terpenes. Found alongside cannabinoids in the oils that are secreted from the plants’ glands and flowers, terpenes are more than just a tasty addition to your CBD oil.

But it’s not just the taste and smells that terpenes are responsible for. In addition to providing a cacophony or aromas, terpenes also work with other organisms to adjust their impact in the body, which is why the smell and experience of cannabis and hemp can differ so significantly from strain to strain. From lemon to blueberry, terpenes will not only provide a flavourful addition to your CBD but will also work with any cannabinoids found alongside to modify its properties in a naturally occurring way.

Through the crossbreeding of strains, practically any flavour and experience combination is possible to achieve. From a medical point of view, terpenes could play a crucial role in modifying cannabinoids for use in treating a variety of ailments.

You could be forgiven for thinking that flavonoids are responsible for flavour, however, they are a group of phytonutrients responsible for the vivid colours in fruit, vegetables and, of course, cannabis.

In addition to providing plant matter with its colourful complexion, flavonoids are also powerful antioxidants that can give your immune system a boost, as well as added anti-inflammatory benefits too. That’s why fruit and vegetables are so healthy!

One of the largest nutrient families known to scientists there is thought to be in excess of 7,000 known flavonoids out there. Wowsers.

WHAT IS THE CBD ENTOURAGE EFFECT?

When all three of the aforementioned compounds (Cannabinoids, Terpenes and Flavonoids) come together, a significant symbiotic relationship takes place, known as the entourage effect. Working together as a trio of the very best friends, research suggests that the potential medicinal properties of all three compounds are optimized.

When we consider the idea that crossbreeding strains of cannabis may yield differing levels and varieties of cannabinoids, terpenes and flavonoids, the potential medical research that lies in wait is a prospect of vast potential.

The good news is that there are some great CBD products available that contain various terpenes, flavonoids and cannabinoids. Considered to be some of the very best products on the market, check out some of our favourites below;

Full Spectrum Raw CBD E-liquid – Derived from organically grown hemp, these Raw drops include cannabinoids CBD, THCV, CBCVA and CBL as well as the naturally occurring terpenes and flavonoids found in the hemp plant. Leaving nothing out, you’ll experience a flavourful taste and powerful effect.

CBD E-liquid with Added Terpenes – Like the OG Kush, Lemon Haze CBD will leave you with an authentic and satisfying experience of great tasting flavours with the added benefits of terpenes.